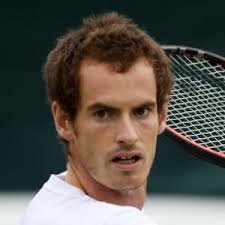 A New Hampshire-based retiree, William Deyesso served as CEO of Royal Administration Services for more than a decade and executive vice president of Winn Development for 27 years. Beyond his professional pursuits in the insurance and real estate sectors, William Deyesso enjoys watching and playing tennis.

Prior to his first round Australian Open match against Roberto Bautista Agut of Spain, Andy Murray revealed that early retirement is possible due to a debilitating hip injury. During the emotional press conference, the 31-year-old noted he had been in a lot of pain for the past 20 months and originally intended to retire after this year’s Wimbledon, but his hip pain might expedite his retirement. He lost to Bautista Agut in five sets, following which he left the door open for a comeback by noting he could undergo surgery, although stressed there would be no guarantees.

Murray, who is a five-time Australian Open finalist, is a three-time Grand Slam champion who won Wimbledon in 2013 and 2016. He also won an Olympic gold medal in 2012 and 2016 and concluded the 2017 season as the No. 1 ranked tennis player in the world.